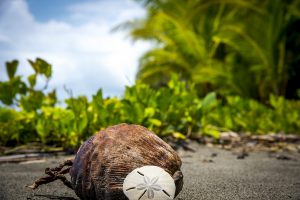 Recently, I was able to fulfill a longtime calling to travel to Costa Rica on a photography trip. The plan came together quickly after I saw a special on airfare direct from Houston to San Jose, Costa Rica. I booked the flight before I even knew where I was staying, what I would be photographing or anything else that might resemble a plan. While this was rather spontaneous and uncharacteristic of me, it also led to one of the greatest photography trips that I have taken. I want to share my experience along with recommendations so that you too can go and enjoy Costa Rica. While I am happy with the pictures that I brought home, they pale in comparison to actually going to Costa Rica and sharing in the experience. I hope to return next year with my family so that everyone can enjoy. Flight

The Flight to Costa Rica 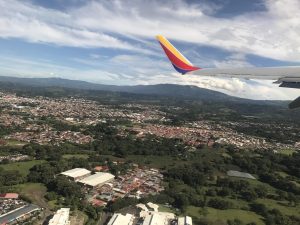 Did you know that Southwest Airlines flies directly from Houston to San Jose, Costa Rica? When I received an email advertising a special on direct flights from Houston I hopped on the chance and booked my trip. The flight was just as a I come to expect from Southwest Airlines – No extra fees for for your first piece of checked luggage and the same comfort and level of customer service that have become the brand of Southwest Airlines.

The flight from Houston to San Jose, Costa Rica is only 3.5 hours, so before you know you it, you are off on your adventure. A pleasant surprise was that for an extra $8, they offer wifi on the flight!

This past week, my family and I went to Panama City Beach, Florida. I have great memories of Panama City Beach as a kid, so I not only get to relive those memories, but make new ones whenever I go back.

The first morning that we were in Florida, my family and I went to Wright Baptist Church in Fort Walton Beach, Florida where my cousin Jeremy Gates is the pastor. After church, we went to lunch and caught up on the past twenty years. I had not seen my cousin since I was in High School, so it was great to get to spend some time with him and meet his wife and daughter.

Tuesday afternoon, we rented a pontoon boat from Adventures at Sea and took it to Shell Island. If you have never gone to Shell Island, then I would highly recommend checking it out while you are in Panama City Beach. Shell Island is located across the bay from Tyndell Air Force Base and is not inhabited. Basically, you find a place to anchor your boat and then walk through the island to the other side where you can have a beach all to yourself. While snorkeling in the bay, we found starfish and countless sand dollars; which was a whole lot of fun. I even had a puffer fish follow me around for a while.

Wednesday morning, I woke up early and drove down the Russell-Fields Pier otherwise know as the City Pier. It was a cloudy morning and there were some ominous clouds in the sky, but thunderstorms come and go quickly in Panama City beach, so I figured I would get to the pier and see how the weather was. As I got out of my truck lightning struck the water about 500 meters past the pier, so I quickly aborted the photo shoot that morning. I ended up going to Thomas Donuts to pickup up breakfast and returned to the beach house as a hero.

The weather was more favorable the next morning, so I went back out to the pier around 5am. I love to shoot early in the morning and the light was perfect. The clouds in the sky reflect the colors of the sunrise and I just love the colors that can be captured at that time of morning.

The Russell-Fields Pier is a 1,500 foot long pier that provides not only some great fishing, but some fantastic views of the Panama City Beach coastline. I ended up staying out at the pier for a couple hours watching all of the activity. In retrospect, I was glad that I did not go to the pier earlier in the week. I observed Black Tip Sharks swimming within 30 feet of the shoreline and it’s probably best that I was blissfully ignorant of this earlier in the week while at the beach. I think sharks are cool as long as they are behind glass, but swimming in open water with them is not my idea of fun.

At the end of the week, we all felt recharged and had a great time. The beach house that we stayed in was great for a family week at the beach and was actually cheaper than staying in a hotel. If you are headed to Panama City Beach, Florida and you are looking for a recommendation of where to stay, look no further. The beach house that we stayed in not only had a great kitchen, but it even had an icemaker in the wet bar. This meant that I did not have to run out for ice everyday before walking out the backdoor to the beach, which was awesome. Here is the link to the Beachfront Oasis.