Home » The Four Horseman of the Photopacalypse 2016 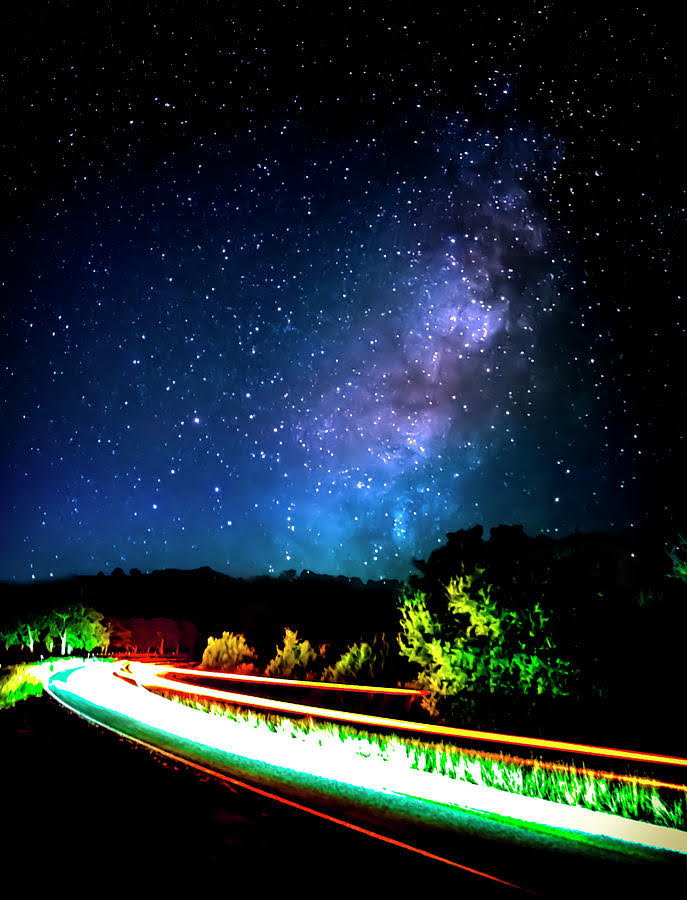 The Four Horsemen of the Photopacalypse Ride Again!

Recently, I got together with fellow photographers Andy Crawford, Tim Stanley and Jeremy Mancuso to go on a photography trip that we call the Photopacalypse. It all started when Tim, Jeremy and I were planning a trip to New Orleans. I met Andy Crawford and a friendship developed between the four of us.

This year, we ventured out west of Austin and visited Pedernales Falls State Park, Luckenbach, Fredericksburg and Austin. My friend Susan Carter invited us to visit the Longhorns that her brother has at the Blue Ridge Ranch in Llano, TX. Along the way, we stopped off at my favorite vineyard and winery, Perisso’s Vinyards in Burnet, Tx. Of course, we also stopped in Austin so that Andy could get shots of the skyline.

When we arrived at Pedernales Falls State Park, we were greeted with the rugged terrain of the Texas Hill Country. This is where East meets West in Texas. The ground is rocky, dry and trees dot the hills among cactus. The Pedernales river cuts through the valley and cuts back and forth through the fallen rocks.

Pedernales Falls State Park was a great place to kick off this year’s Photopacalypse as we climbed the rocks and enjoyed the scenery. Andy disappeared for a while, walking upstream much further than I was prepared to commit to. I am looking forward to seeing the pictures that he got up that way.

It never fails, no matter where we go, we all walk away with something different.

The second morning of the Photopacalypse, we headed out to Luckenbach, Texas. Many people recognize Luckenbach, Texas from the song that was performed by Merle Haggard. While we did not find Willie, Waylon and the boys, we did find a bike rally. The bike rally was a great opportunity to walk around and get some unique shots.

Of course, I was there to get shots of the old Post Office in Luckenbach as well as the other fixtures in the smallest city in Texas. I visited the Snail Creek Hat Co. and took interest in shooting some of their hats. They sell Palm Leaf hats at the Snail Creek Hat Co. and the staff can shape, stretch or clean hats of all types. The people who work here have hattitude and a warm smile, but read the signs or they will playfully swat you with a hat.

I was updating my Facebook during the trip about the Photopacalypse and my friend Susan Carter let me know that she was in nearby Llano at her brother’s Longhorn Ranch. While I am an Aggie, I am not above going to a great ranch to get shots of champion Longhorn bulls.

The Blue Ridge Ranch is a beautiful spread of open land with free roaming Longhorn bulls and a Buffalo named Susu. Susu did not feel very photogenic, but we did get some of the Longhorns to hang out with us for a while. I have every intention of going back to Llano when the Bluebonnets are blooming to get more pictures of these beautiful beasts.

Since we were in the area and I love wine, I dragged the guys over to Perisso’s Vineyards and Winery. During a photo trip with Jeremy several years ago, we had stopped into this vineyard and gotten some great shots of grapes on the vine. This year, we visited a couple months too late to see the grapes on the vine, but they had grapes in the bottle; which is better in my book.

I sampled some of their wines while the guys took pictures of the wine casks and bottles of wine. The owners of the this Vineyard and Winery were on hand and despite having no appointment or arrangements in advance, they gave us a tour of their facility. I can’t say enough about the folks that run this place, it is one of my favorite places to go in the Hill Country. Did I mention that their wine is simply amazing?

While this year’s Photopacalypse is over, that only means that we will be planning the next trip soon. I am looking forward to scouting some locations for our next journey and if you have any suggestions of where we should go, please send me your ideas.