Home » An Epic Surprise Gift for my Brother

Many of you who know me, know that my brother Bradley is a super cool guy and has been with the Houston Police Department for over 16 years. I wanted to put something together to show my appreciation for everything that Bradley does. In addition to being a cool big brother, he is also a great dad to his kids and a dedicated police officer. So I decided to put together an Epic Surprise.

The Story Behind this Epic Surprise

With all of the negativity surrounding law enforcement, I thought it would be really sweet to pull off an epic surprise party for my brother and build him something special. I got the idea for this project in November of 2015 when I was taking my son to the range. I was thinking about some of the cool things that my brother has done for me in the past and I came up with the idea that I would build him a basic patrol rifle. As the idea developed over time, it grew into something larger than I had originally imagined.

I started acquiring parts for the build starting in January 2016 and with each passing month, bought another piece that was needed in order to complete the build.

The first piece that I acquired was the Spikes Tactical Crusader lower. My friend Ben “Mookie” Thomas and the other guys at Spikes Tactical make some of the best AR-15 receivers available today.

Of course along the way, I had plenty of time to think about how I would pull off this epic surprise for Bradley, so I finally decided on shooting a video. Then, I got the idea that maybe I could find people to help me out. When I asked Capt. Clay Higgins, he was quick to respond with a big “Yes! I would love to!” Capt. Higgins is just a salt of the earth all around good guy and both Bradley & I respect him, so it was really huge when he said that he would help.

A good friend introduced me to someone who was able to obtain some video from R. Lee Ermey commenting on Bradley’s epic surprise and that was pretty awesome! “The Gunny” is every Marine’s hero, so to have him involved was a true blessing.

Then, another friend was able to get a shout out from Michael Biehn, which was super cool too!

As this all came to a head, the rifle had become more than just a simple patrol rifle. I couldn’t just go with standard parts, I wanted to get the best barrel, a better Bolt Carrier Group, some bones for the rifle and then of course, I ended up getting optics.

Along this journey, I met Gerald Courville of Laser Edge Engraving and I have to tell you, his engraving is amazing. That man can engrave just about anything. On top of that, Gerald is just a really nice guy who was great to work with. I will be taking more guns back to his shop in the future… Maybe even a Yeti cup.

In my opinion, LaRue Tactical makes the best mounts in the World. You know how the old saying goes, “Buy Once, Buy LaRue.” When LaRue Tactical heard what I was up to, they readily jumped in and wanted to be involved. It is clear to me that the folks at LaRue Tactical stand behind Law Enforcement and are great Ambassadors of the State of Texas.

And when it comes to parts, Palmetto State Armory is going to have what you need. I signed up for their Deals blast and that helped a lot during this slow build. When something went on sale, I snatched it up.

The Story behind the Capt. Clay Higgins Video for this Epic Surprise

Captain Clay Higgins agreed to shoot a reveal video and got his media manager involved. Together, they created a professional production that sadly, I never got to see. About the time they had it put together, Louisiana saw flooding of biblical proportions and Capt. Higgins’ media manager lost his home in the flooding.

When Captain Higgins found out that the video had been lost in the flood, I only had one day left before the reveal at the surprise party. Capt. Higgins literally pulled off of the highway and shot a video with his phone in his vehicle. Honestly, I think his video is perfect, but it goes a step beyond. Despite the fact that everyone around him was hurting (including his own daughter) and dealing with the loss of their homes; trying to survive given the limited resources that were left behind in the wake of the flood, Captain Higgins still somehow made time to take a quick video and send it. That meant so much to me, but more importantly, says a lot about the man.

Once again, Captain Clay Higgins demonstrates that he is a man who stands by his word, no matter what obstacles he may be facing. Thank you Captain Higgins for your perseverance among the storm, you are truly an amazing man!

If you would like to help support Capt. Clay Higgins’ community in their relief efforts after this historic flood, please support the Catholic Diocese of Lafayette Flood Relief Fund

Finding a location for the Reveal Party

Due to the fact that I was planning on using a video to introduce this epic surprise for Bradley, I needed to find a location where we could get together and have a large screen. After calling around to a few area restaurants, I spoke with Adam Harling at Spring Creek Barbeque in Shenandoah, TX. Adam told me that he would reserve their party room and make sure that the A/V equipment would be in good working order for our gathering. Had it not been for Adam and his team making some last minute adjustments for us, this whole thing would have been less than epic.

Thanks Adam for coming through for us!!

I invited some of Bradley’s friends out to join in the surprise. Wayne Thompson, Neil Craig and Lawrence Baitland. Bradley has been friends with Wayne since they were in middle school together. Neil and Lawrence both were in the Corps of Cadets at Texas A&M with Bradley and were members of the Fightin’ Texas Aggie Band – B-Batt C/O ’96. 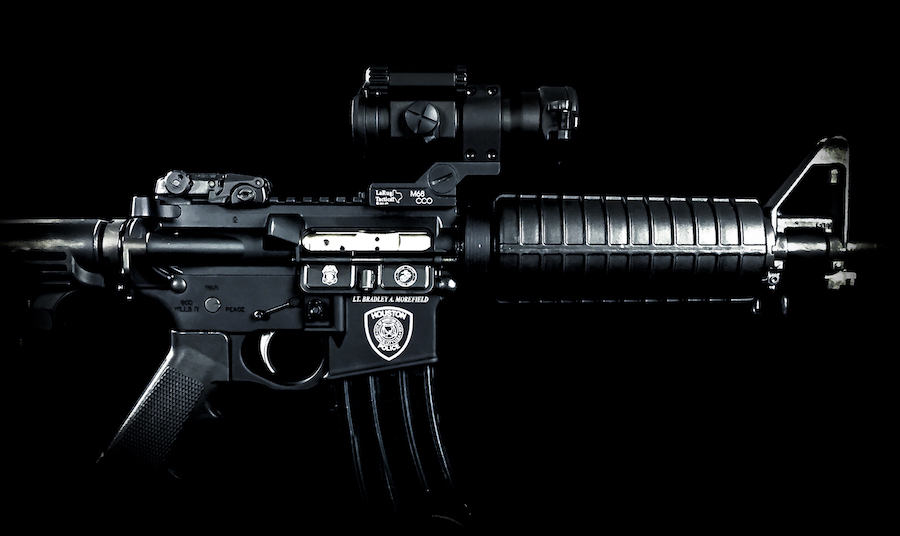