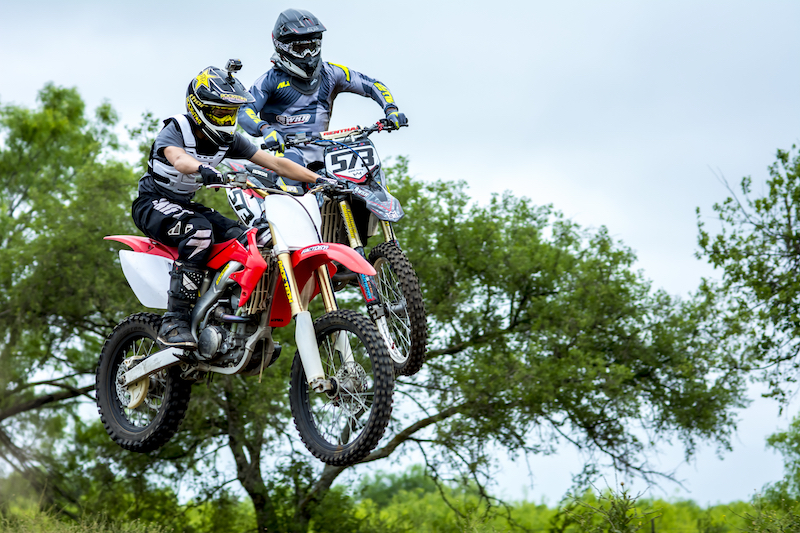 I would like to say a special thanks to Chris Shaw at the White Knuckle Ranch in Hondo, TX for allowing me on the track during one of of their race events a few weeks ago. My friend, Ryan Alexander (#573), invited us to come out and watch him race. Of course, when I showed up with camera in hand, I was expecting to have to take shots in the 200-300mm range, but after a brief discussion with Chris, I pulled out the 35mm prime and hit the track.

Needless to say, it was exciting to shoot a race that close to the action. It seemed that bikes were flying right in front of me… Oh wait, they were!

Ryan is part of the WKR Racing Team and it was a lot of fun to watch him fly through the air and do things on a bike that I would not even entertain trying myself. Big guys like me may fly the same, but it is the landing that tends to be a little different.

The White Knuckle Ranch has a very well developed track with some great jumps. I basically set up at the base of one of the hills that everyone would catch air and took shots from that vantage point for much of the races that I shot. At one point, I had to put down my camera and just enjoy watching the action. There are some very competitive racers that attend their tournaments and it was exciting to see them battle it out on the track.