I am sitting at home sheltering in place for Hurricane Harvey, just like millions of other Houstonians. I am hearing people voice opinions on TV about the lack of warning in order to evacuate. “The Mayor should have called for a mandatory evacuation!” they said. “Why didn’t anyone tell us to leave if they knew we would flood?”

Now, I realize that many people are emotionally overwhelmed with the state of chaos that is upon our city, but I would ask that everyone read the following before they pass further judgement on our city and county leadership. 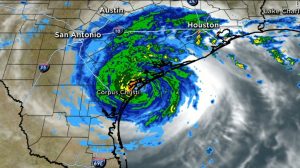 Those who fail to learn from the past are condemned to repeat it.

According to a survey conducted by the Houston Chronicle in September of 2005, at least 107 deaths were attributed to the evacuation prior to Hurricane Rita. There were traffic accidents and a bus fire. Let’s look at the big picture and apply it to Hurricane Harvey. Many people seem to forget that emergency rooms were packed along the evacuation routes with people who not only had heat stroke and heat exhaustion, but also blood clots in their legs from sitting too long in traffic.

Some people sat in their cars for as long as 20 hours trying to get out of town; many of them ran out of gas and became stranded. What do you do with a parking lot full of people who are drowning in their cars?

It is my opinion that Mayor Turner and the others that made these decisions did their best to protect the public from being sitting ducks in their cars. According to the Washington Post, 9 Trillion gallons of water have fallen on Houston already and there is still more to come.

Harvey most destructive, but not the deadliest

If you really want to talk numbers, let’s consider that Houston is the fourth largest city in the country with 6.7 million residents in the Metro area according to the Texas Department of Health and Human Services. When compared to the Pre-Katrina population in the New Orleans Metro area of 1.3million people, Houston is roughly five times the size by population.

According to The Times Picayune, there were 1,400 hurricane related deaths in New Orleans alone. For those who want to use Hurricane Katrina as a measuring stick for how this disaster will be weighed, that would equal over 7,000 dead in the Houston area when adjusted for total population.

From we have seen so far, the total number of fatalities in the Houston area from Hurricane Harvey have not yet surpassed the number of those that died trying to evacuate for Hurricane Rita over the three days preceding Rita’s landfall.

Decisions leading up to Hurricane Harvey

Before everyone starts assigning blame for not calling for a mass evacuation with less than three days to spare and trying to move 6.7 million people to higher ground, let’s consider all of the facts above and keep them in perspective.

From what I have seen, Mayor Turner, Chief Acevedo, Chief Pena, Judge Ed Emmett and everyone else that had a hand in making the decisions prior to the storm made the right call.

Houston will rebuild. We will be stronger and will continue to do what Texans always do – Take care of one another.