The Quest of the Power Strip

So yesterday, we had planned to exchange money into Kenyan Shillings and then go shopping for our groceries. Despite only having had about 6 hours of sleep in the past 3 days, I could not simply wait until I had gotten sleep.

I sleep much better with a CPAP, so I needed to get a power strip that I could plug into before I could get any sleep. Otherwise, I may disturb the foundations of the building with low frequency sounds causing the concrete to fail and drawing this trip to an abrupt end.

As usual, things did not go according to plan. We are partnered with a local minister named Samson Otieno and while his English is great, sometimes we lose sight of the difference between the literal meaning of something spoken and the implied communication.

We had said that following the exchange, we would like to go to Nakumatt (the Kenyan Wal-mart) in order to get our shopping done.

Samson told us that the Nakumatt at City Centre has “collapsed” so we must go to the one on the outskirts of town. I was thinking, “Wow, the building codes are just not up the standard that I had thought.”

When we arrived at the Nakumatt outside of town, the building was half empty, or half full; it all depends on your perspective.

We walked around bewildered at how this place used to be the bustling center of trade and now it resembled a ghost town. Samson once again said this Nakumatt has almost collapsed too. In my sleep deprived state, I finally realized that collapsed meant “gone out of business.”

Then Samson says, “Perhaps we could go somewhere else? I may know of a store that has what you are looking for.”

He then explained that he would have taken us to Tuskies, but we had specifically said we wanted to go Nakumatt. So, with that, we left Nakumatt and drove to Tuskies.

Upon our arrival at Tuskies, it was clear that Tuskies is now the place to shop. They have just about everything.

I entered Tuskies and surveyed the area. There was a sign for electronics on the second floor, so I reasoned that I may be able to find my power strip up there.

It was so cool in the store, it had to be only about 90 degrees in there, but luckily the air was stagnant an uncirculated. As I ascended the ramp to the second floor, I was welcomed by the familiar temperature increase one would feel had they climbed into their attic.

The electronics section had TVs, tea kettles, microwaves and much more, but there was no sign of Power strips.

I spoke to an employee, but we were having issues communicating. Granted, her English is better than my Swahili, but that is not saying much.

Finally, after losing at a game of schrades, I pointed to a power strip that had 10 TVs connected to it, luckily this is not a fire hazard in Kenya, it is just normal.

Once the girl understood what I was looking for, she told me to go downstairs to where their books located. I guess in someone’s logic power strips are not in the electronics section, they are on the book aisle.

I descended the ramp back to the ground floor and once again passed through the thermocline guarding that cool stagnant air that I love so much.

I made my way to the books section and found a series of Joel Osteen’s books. I thought to myself, “I said Power Strip, not Power Trip.”

Anyway, I once again had struck out. There were several screwdrivers and tools next to the books, but no power accessories.

I asked another employee where I could find a power strip and she said I should look in the ice cream aisle.

At that point, I started to feel as if Nicholas Cage and his father were needed to decipher the clues that I had been given. Apparently, the Masons had taken these power strips hundreds of years ago and hid them, but had left a series of clues of where they may be found.

What choice did I have but to follow the guidance I had been given by going to the ice cream aisle.

Would you believe that I found a power strip next to the ice cream?

When I am sitting at home enjoying a scoop of Blue Bell Homemade Vanilla, I know that very often my first thought is about power strips and other wired accessories. This made so much sense to me.

For those who read this and have not been to foreign places where there are language and cultural barriers, this will seem all too familiar. It is part of the fun and adventure of these kinds of trips.

Ministry at the Dump 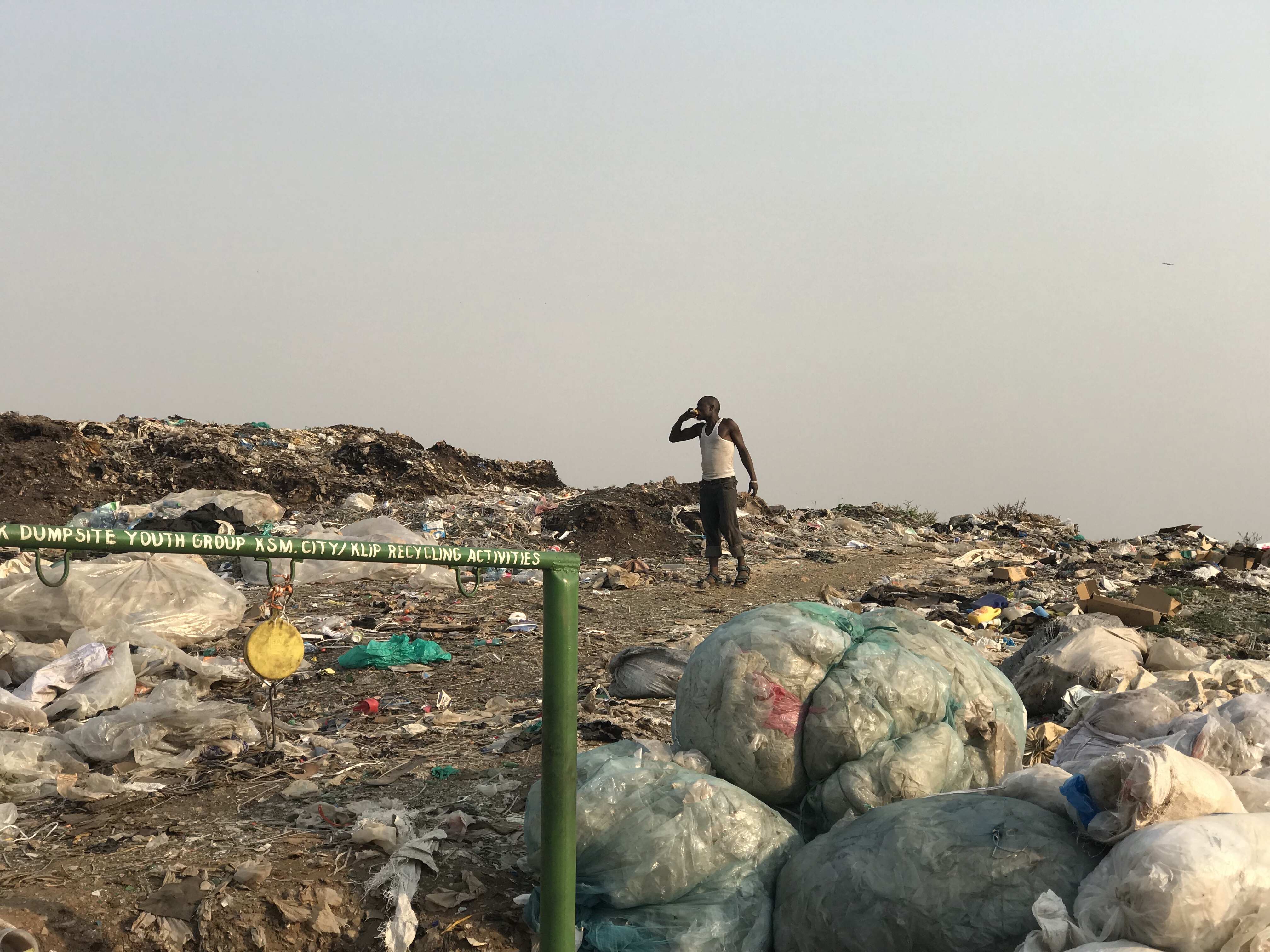 As many of you already know, John Rushing and Dave Grumme entered the city dump in 2005 to share the gospel. There are people that live among the garbage and while other missionaries had stopped to bring the people food, sadly nobody had actually talked to them. According to the people living in the dump, other visitors would take their pictures and leave. I should also mention that the dump used to be a very dangerous place. 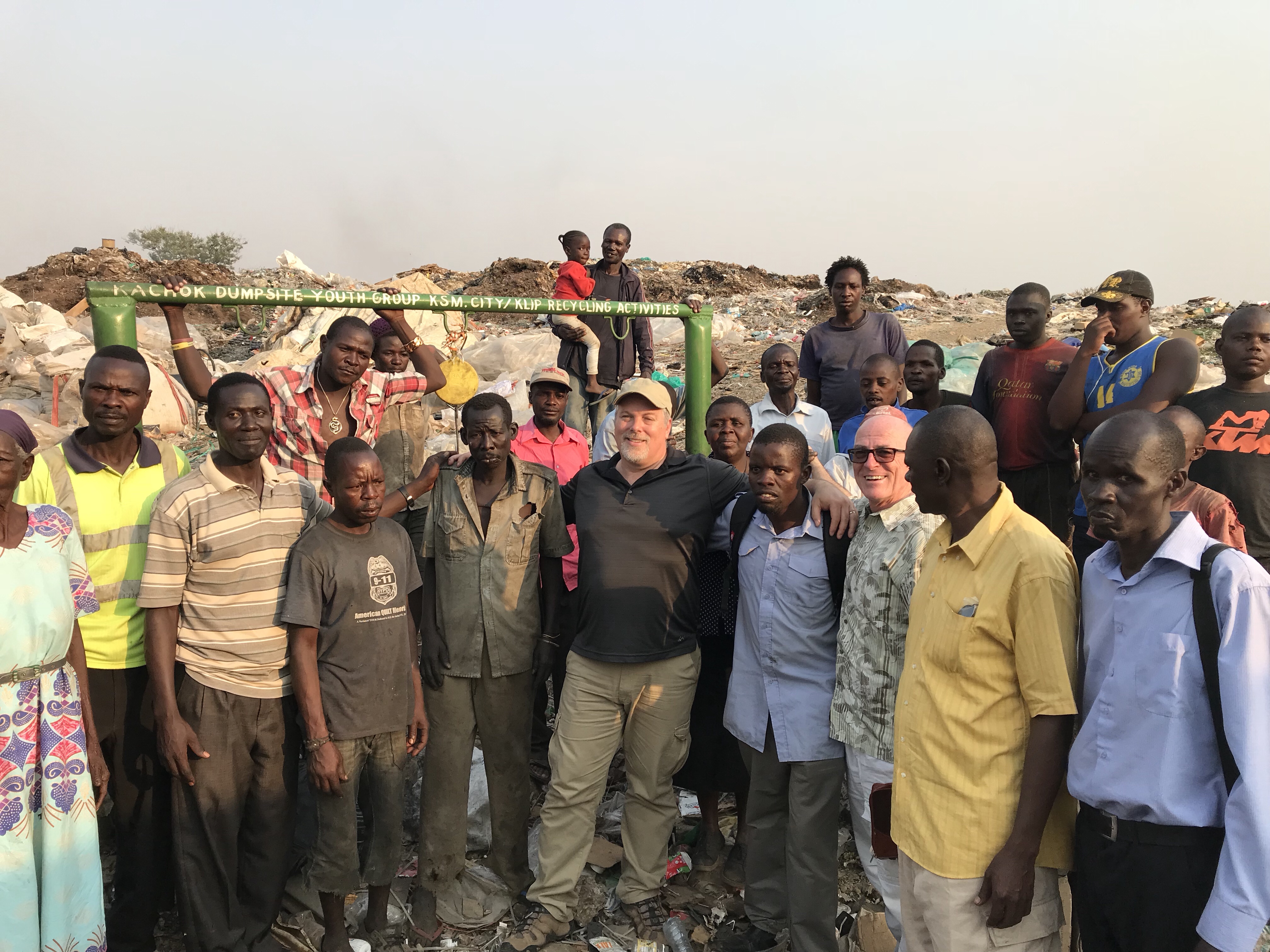 A ministry was birthed that day in 2005 and John Rushing has continued to go back to the dump for years.

John Rushing led a boy named Kevin to Christ during that first visit in 2005. Since then, John has stayed in touch with Kevin and has helped him along the way. Kevin went to university and is now a minister that works with the people who still live in the dump. Tonight was very special because John got to see Kevin and to know how far this young man has come in life is just humbling.

This afternoon, we met up at the church and boarded a bus to the airport. 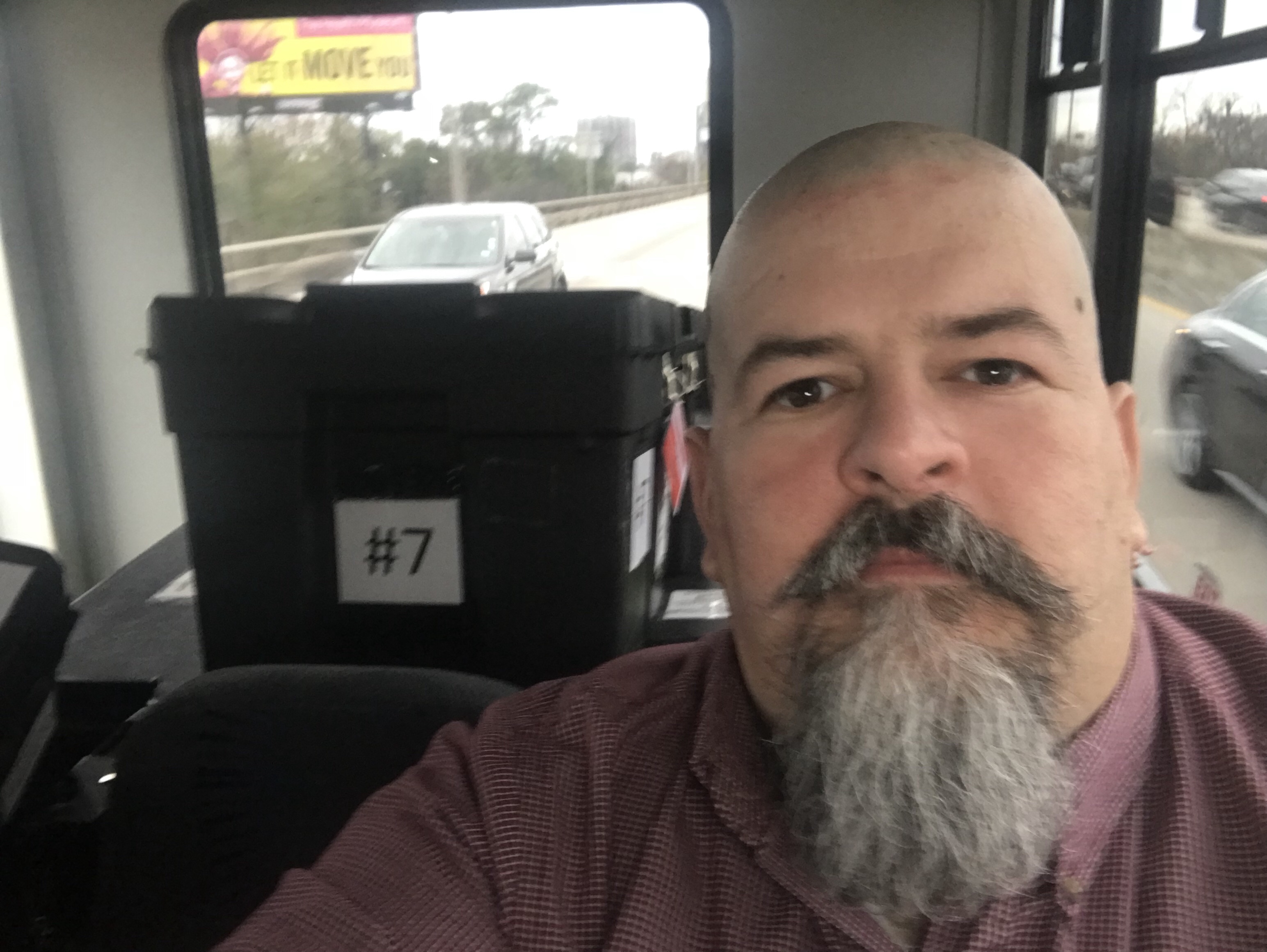 Tonight, we are headed to Kenya via Istanbul, Turkey. The entire journey is going to take around 30 hours, so we are pacing ourselves.

Once in Kenya, we will be working with some of the local ministers to help in the community. John Rushing, a pastor from my church, will be leading a pastor’s conference where he will be training local ministers.

This is my third trip to Kenya and I can’t wait to see some of my friends who live there. In 2009, I helped a little boy who needed a partial amputation of his thumb. During the surgery, the surgeon walked out on me and told me to close the wound. The little boy (Collins) is now17 years old! I am looking forward to seeing him. The last time I saw him was during my last trip in 2010.

My friend Mandy Swilley is also on the trip. Mandy is quick-witted and has a great sense of humor. No doubt, she will make this trip a lot of fun. Mandy has been to Kenya countless times, so her local knowledge and relationships with people are also a huge asset. 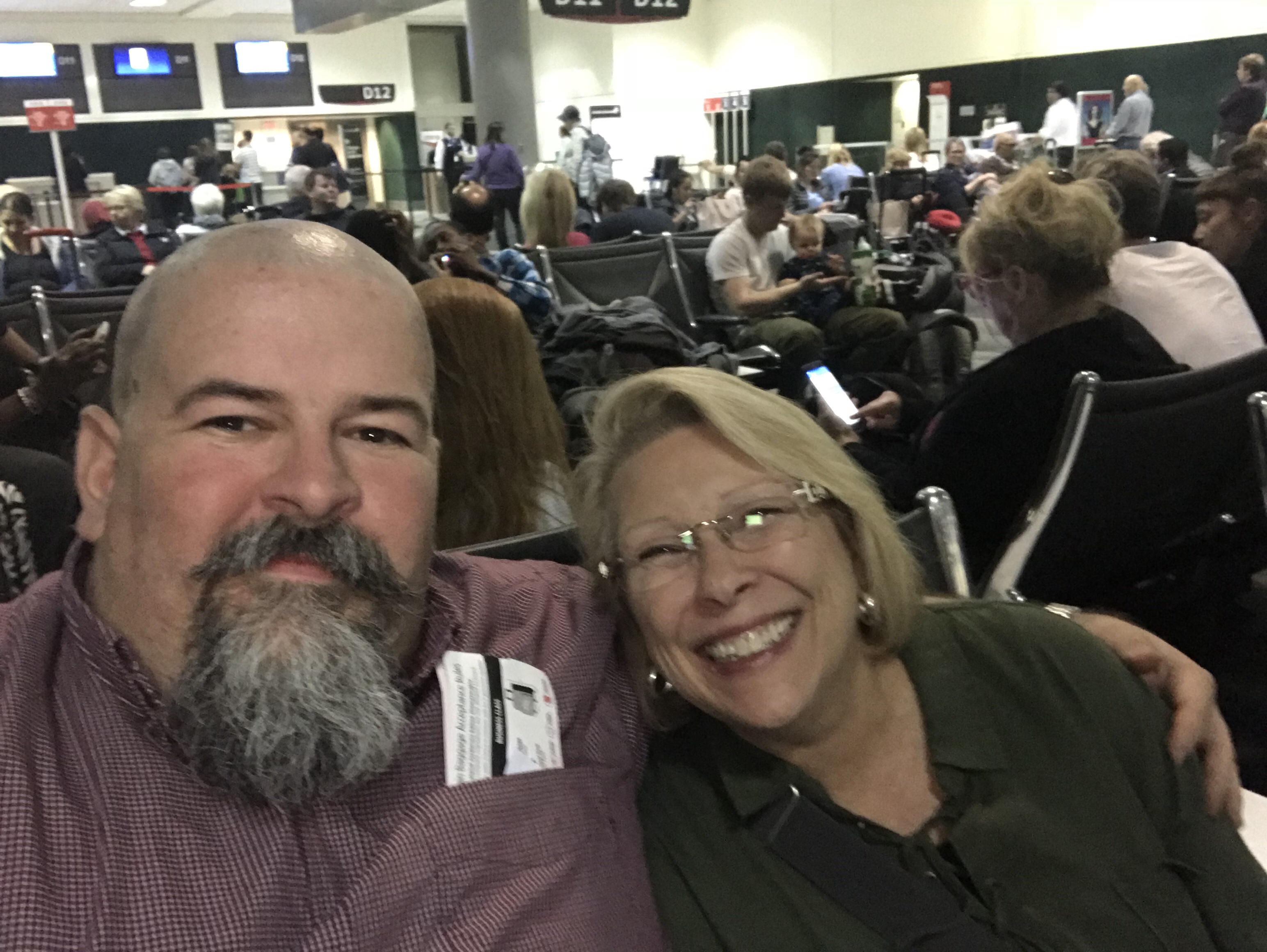 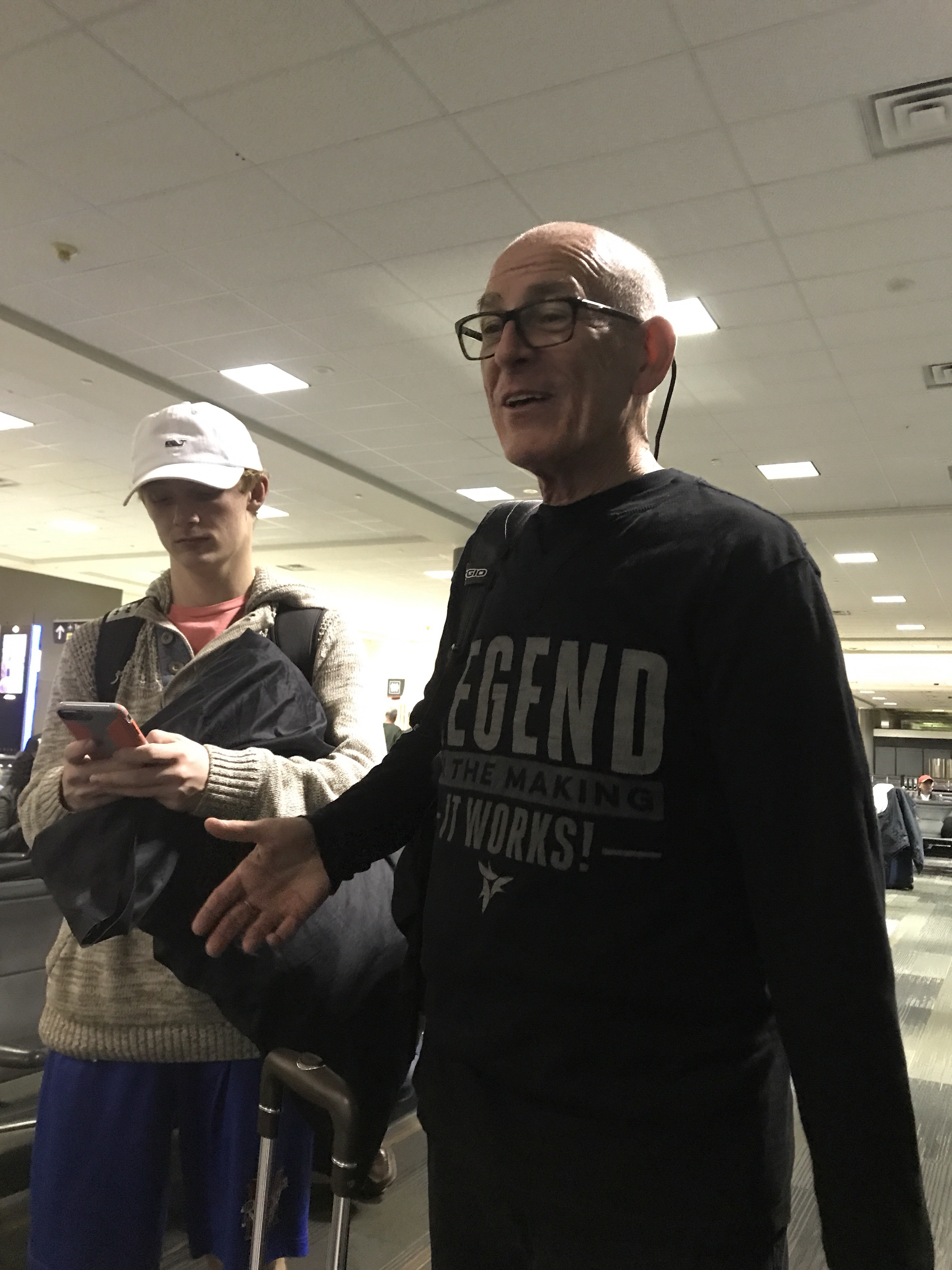 I don’t know know the WiFi situation in Istanbul, but if I am able to get a signal, I will try to send another update.

Thank you for your prayers. 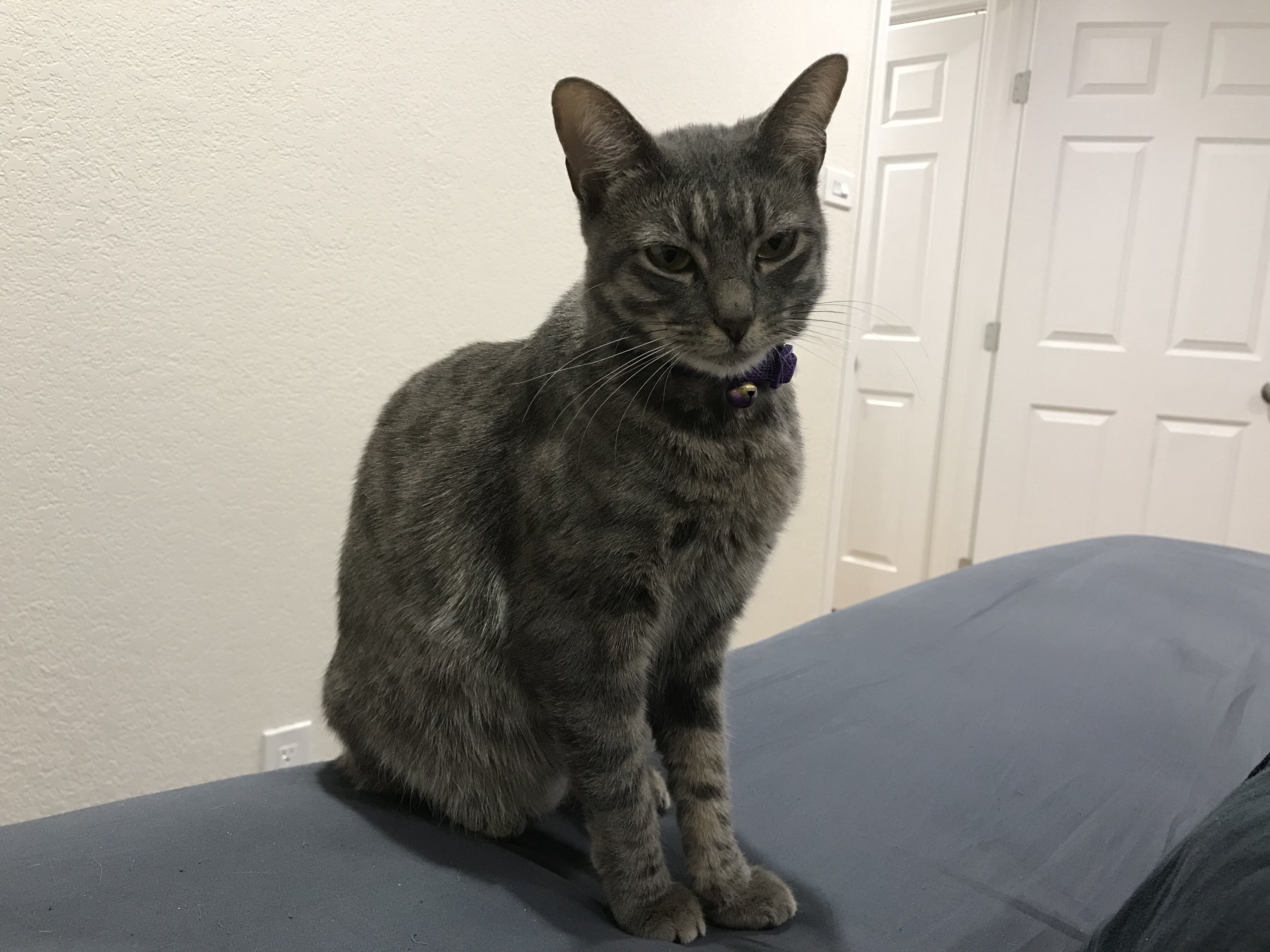 The team is ready, we have our bags packed and tomorrow we take off for Kenya!!

I am creating this post from my phone to make sure that I am good to go. I plan to post updates on my site during the trip when time allows.

Also, the pictures that I will be posting will be from my phone, but they may give you a glimpse of what you may be seeing in my gallery soon!!

Michelle Pfeiffer is going to miss me. 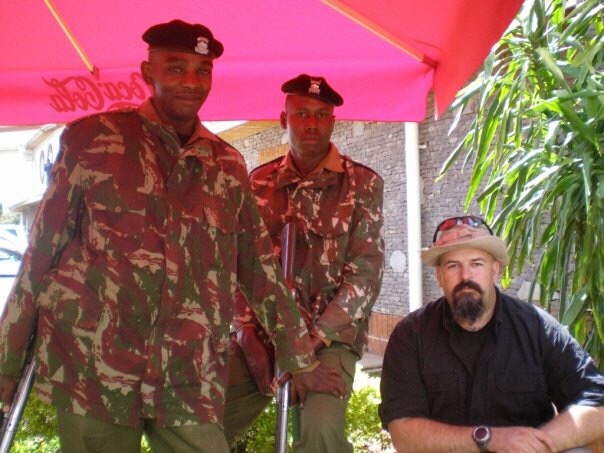 In 37 days, we are leaving for Kenya and I couldn’t be more excited. Yesterday, I saw my doctor and got my shots and prescriptions that I will need for the trip.

The only thing that I need to do at this point is buy a new pair of shoes and pack.

I am looking forward to the work that is waiting for us.

This post has been sent using my mobile phone, I am testing the viability of posting updates once we are there in Kenya.

I am headed to Kenya!

Due to many challenges, I have been unable to return to Kenya since my last trip in 2010.

Back in 2009, we met a boy who had a badly infected thumb. After an epic struggle with the hospital personnel, we were able to get him treatment. That little boy is now 17 years old! It is hard to believe.

During this trip, one of the pastors from my church, Sugar Creek Baptist Church, will be leading a minister’s conference. Basically, many of the ministers in Kenya have a heart for God, but are lacking in resources. They don’t get federal student loans to go to seminary, they struggle to get their education one day at a time. In addition to that challenge, ministers in Kenya are expected to only be a minister. There is no such thing as a “Bi-Vocational Pastor.”

This trip is about ministry

In years past, I have gone with an idea of what I was going to do when I got there. And every time, it has changed. I think it is best to say, I am going to do whatever it is that God calls me to do. The plan is to work with the children at some of the orphanages in the Kisumu area, but I am sure it will grow into much more.

What can you do to help?

First and foremost, we need your prayers for this trip. Please pray that God prepares the hearts of the people we are going to see. You could also pray that we do whatever it is that is in God’s will.

Second, if you would like to contribute to the trip, there are several ways you can do that. 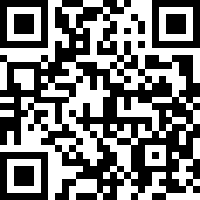 Thank you and I look forward to sharing what God is doing in Kenya.