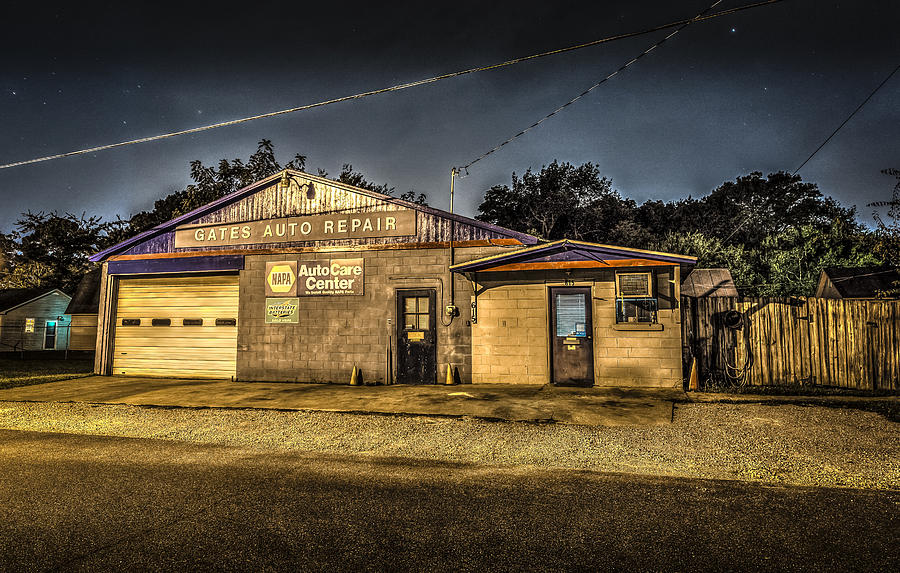 I recently traveled to Huntsville, Alabama for a family reunion and I took the opportunity to take some pictures around the area. One of the places that I shot was at Gates Auto Repair.

Gates Auto Repair, aka “The Gates Garage”, was established in 1939 by my grandfather and is the oldest independently owned auto repair shop in Madison County, Alabama. My uncle Dehaan Gates has taken over the business and carries the tradition.

When I was in high school, I spent 3 weeks working in the family garage during an extended visit with my grandparents so that I could get the garage experience. One of the things that I learned was to have respect for mechanics; it’s tough, dirty work and during the summer it was just downright miserable in the heat. While there, I learned a little about auto mechanics, but more importantly, I got to witness how a business thrives when it treats its patrons right for over 50 years.

I have many memories at the Gates Garage; many of them of my grandfather and my uncles. My grandmother used to run the office and my grandfather took the lead in the shop until he finally proclaimed that he had retired.

We used to drive in from Houston and I would walk back to the Gates Garage with my brother to hit up the coke machine for a iced cold taste of heaven. For some reason at the time, I only seemed to be able to find Mello Yellow when I visited my grandparents, so that was something to look forward to. My grandfather’s brother, “Uncle Junior”, used to walk outside and drop a couple of quarters for us and I would receive my cherished Mello Yellow.

Of course, the Gates Garage is located near Five Points so an obligatory visit to Zesto for some dip dogs and shake had to be made at least once during a visit. Unfortunately, Zesto is no longer around. The other place where my brother and I used to love to have a meal during our visits was Mullins Restaurant and luckily, it has survived. During our visit, I took my son there a few times to treat him to a slaw dog and a cheeseburger just like my grandfather used to. 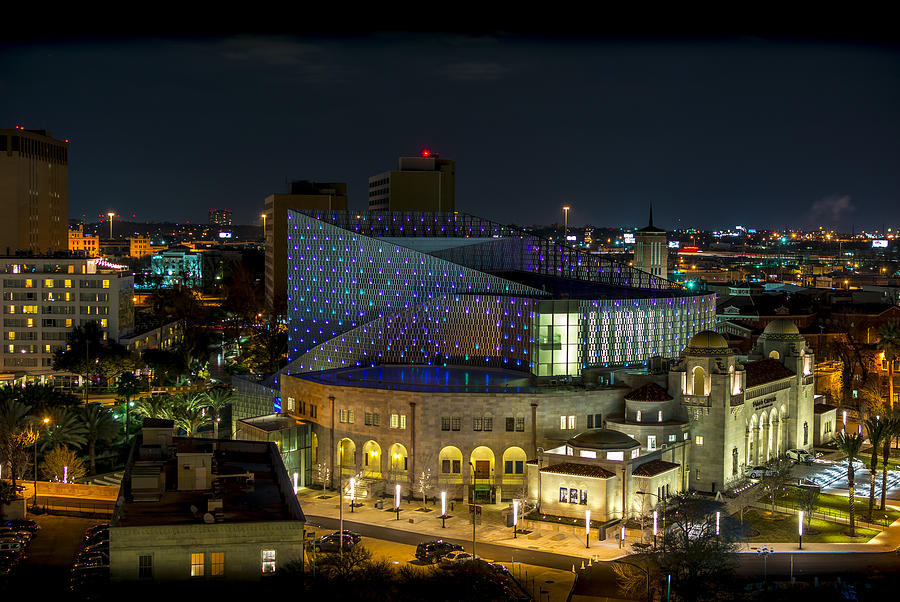 The “Four Amigos” rode again when we went to San Antonio for WordCamp San Antonio 2015. Of course, being that Jeremy Mancuso, Andy Crawford, Tim Stanley and myself were all together; this meant that cameras and late nights were involved. We all had a great time.

I use WordPress to create my website and WordCamp is a conference where people give seminars on how to improve your web-ninja skills. I was ran into many of the friends that I had made last April at the WordCamp that was held in Austin and we had a great time.

One of my favorite topics to learn about is Search Engine Optimization and Yusuf Choudhry of Online Business Owners was back to share his vast knowledge of how to get web traffic. Back in April of 2014 at WordCamp in Austin, Yusuf took the time to sit down with me and offered some of his advice – within weeks of following his plan, I saw a definite uptick in not only web traffic, but in sales. That weekend in Austin was quite fruitful for me and I intend on staying up on the trends of how to run a successful website. Yusuf, if you are reading this, I still owe you a couple of beers my friend!

In addition to hearing some great presentations on WordPress, I was able to make the rounds of the sponsors that were in attendance. I have been very unhappy with my webhost and I have been looking for who I was going to choose. One of the sponsors of WordCamp San Antonio 2015 was SiteGround. After seeing all of the options and hearing from all of the companies that were in attendance, SiteGround has won my business. Now that I have been able to see the difference with SiteGround, I wish I had migrated to their service long ago.

On the way back from San Antonio, the “Four Amigos” stopped in Gruene, TX to visit Gruene Hall. Gruene Hall is the oldest dance hall in the State of Texas. 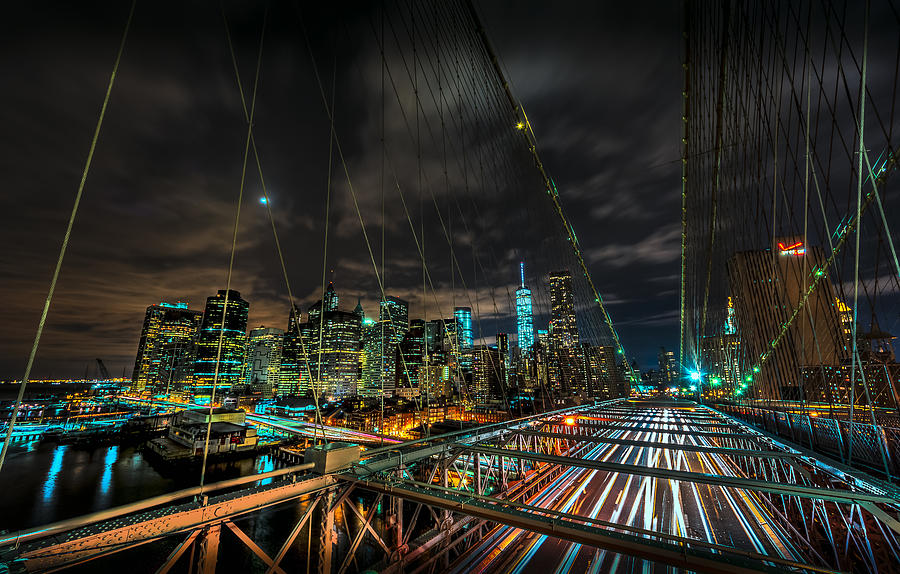 Recently, I received an invitation from a good friend of mine at Casual Films to come to New York City and shoot the town. Given the timing of the invitation, I decided to take my son and make it a father-son trip.

This was my son’s first time to visit New York City and it was exciting to experience the excitement with him. Aside from being a photography trip, this was also a chance for the two of us to hang out and bond. Earlier this year, the two of us had the opportunity to visit Washington D.C. and we greatly enjoyed that trip as well. In the future, I would like to go other places with my son, as he is a great travel companion.

We stayed out very late at night and we were blessed to have mild weather while we were in New York City. Normally, it is cold enough to expect snow, but during our trip, it stayed in the 40’s which was absolutely perfect.

When travelling to a destination where I am going to shoot, I do research in advance and make a list of locations that I want to go to. I plan to go more in depth about how to plan for a photography trip, but to be brief, I prefer to have a list of enough places that I cannot make all of them. This way, if I arrive and there is construction or some reason that I cannot shoot, I have other places that I can immediately go to instead of having to stop and do research.

My son enjoyed the research prior to our trip and I put him in charge of navigation. It was very fulfilling to say, “Son, plot me a course to Grand Central Station” and then see him tell me exactly how we would go using the subway system. It was a great opportunity to see him take charge in a big city like New York City.

We are both looking forward to the next time that we are able to go someplace and shoot.

An Exciting announcement about Triptych Prints

Recently, I have received inquiries about offering Triptych prints. I have read your requests and I am responding by providing some triptychs for sale in my gallery.

If there is a print that I have in my gallery that is not currently available in my Triptych Prints gallery, please do not hesitate to contact me and I will see if I can accommodate your request.

At this time, I do not have a way of grouping Triptych Prints in such a way that you purchase the set in one click, so please be aware that you will need to purchase all three prints in the same size and media in order to complete the Triptych.

I can offer Horizontal and Vertical Triptych Prints, but my plan moving forward to continue to make triptychs available upon request of my clients.

It started with a flight on a private jet to Manassas, Virginia and then we went to the Steven F. Udvar-Hazy near Dulles Airport. From there, we proceeded to our hotel and began our weekend of adventure. Caleb and I enjoyed museums by day and then at night, we walked through the city of Washington DC and took in all of the sights. Of course, being the diligent photographer, I took my bag of tricks with me so that I could bring back some great pictures of our Nation’s Capital.

Many of you know that I have very strong patriotic feelings about the United States of America; after all, I have traveled the world and there is no other place on this planet that I would rather live.  Along with my love for my country, I have a high level of respect for those who have served our country, both living and deceased. When I visit a place like the Vietnam Veterans Memorial, I look at all of those names and recognize that each and everyone of those men or women had parents, friends and a future. Yet, they are immortalized on a wall because they went to a foreign country to take up arms when their Country asked them to go.

Caleb and both stood in reverent silence as we both took in the magnitude of the monument. The following morning, we visited the Marine Corps War Memorial, aka The Iwo Jima Monument. We embraced the sun as it rose and I was able to get some great shot of the memorial with the city of Washington DC in the background. Once the sun was up, we took a walk to Arlington National Cemetery and I visited a couple of my friends who are interred there. Caleb and watched the Changing of the Guard at the Tomb of the Unknown Soldier and visited JFK’s burial plot. Caleb and I then headed to some museums along the Washington Mall and saw the U.S. Constitution and the Declaration of Independence at the National Archives Museum.

As we toured Washington DC, Caleb and I tried to take it all in in the three days that we were there.

In all, I think we got around nine hours of sleep in three days. Caleb and I had a great time in Washington DC and I even got some great pictures while I was there. This will be a trip that we will remember for a lifetime.